Tavis Smiley Is an Unapologetic Critic of President Obama 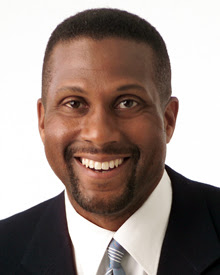 In a recent video interview on the Grio Tavis Smiley stated” that he is wrongly called a "critic" of the president, saying that holding the president accountable is his "job." "My job has always been to hold presidents accountable to the best interest of all Americans but specifically and unapologetically for [African-Americans].”

Every time I read or hear Tavis Smiley profess his unapologetically concerns for African-Americans it blows my mind. I can’t wrap my mind around the fact that he believes that it is his duty and right to hold President Obama accountable to us when many of us have voiced our opinion that we don’t want or need his help.

What is his true motivation for being one of the most vocal “debaters” of President Obama and his presidency? Could the sentiments expressed in my February 25, 2010, youtube video titled is Tavis Smiley Conspiracy – One Term for President Obama be true?


I believe that if Tavis Smiley truly has unapologetically concerns for African-Americans he would have used his platform(s), including his publishing company Smiley Books, to highlight a tangible and undeniable example of one form of racism – employment discrimination.

In 2006 and 2007 I mailed copies proposed chapters of my manuscript at Smley's request to him. One day while in the Los Angeles area, I hand delivered additional chapters of  now published book titled“Screwed by Former Governor and Attorney General Eliot Spitzer” to Smiley’s office.

Tavis Smiley had the ability to publish any book or  books at his descretion. He didn't publish my book. He also didn't use any of his media platforms to give the book or my Title VII Civil Rights of 1964 pro-se employment discrimination case and experience a national voice.

A voice that was needed then and even more today.I believe that 99 out of 100 Americans who reads this book with agreed with the direct evidence in it that my employment and judiciary RACISM was real.

I was shocked and very happy after investigating Chaney’s case to discover that on July 20, 2010, the United States Court of Appeals for the Seventh Circuit reversed the district court’s summary judgment motion dismissal of her lawsuit.

I believe that my unsuccessful David and Goliath battle with Eliot Spitzer and his staff of 450 attorneys is part of my divine purpose. I was created by God to shed light on employment discrimination. That light will encourage either President Obama to use an executive order to amend Title VII of the Civil Right of 1964 again or Congress to pass a bill to amend it. The Act needs to be amended again to prevent one federal judge from having the absolute authority to dismiss Title VII (employment discrimination) cases with summary judgment motions.

I believe that employment discrimination will decrease sufficiently once more victims of employment discrimination and retaliation survive frivolous summary judgment motions. Discriminating employers and organizations will no longer be able to abuse and misuse Federal Rules of Civil Procedures number 56 Summary Judgment to unjustly deny victimized Americans their right to have a jury decide their Title VII of the Civil Right of 1964 as amended cases.